Manage all your projects in only one place

Roomies is a SaaS platform for architects, dedicated to project management, collaboration and document annotation. The idea is to allow each project member to communicate, plan and exchange documents easily 📆.

I was charged with the overall design of the platform and the global UX thinking for the project. The dead line was quite challenging as the MVP had to be delivered in just one month. In this quite short amount of time, the goal was to propose a clear and easy to use tool, with a friendly and attractive interface. The team for this project was composed of an architect - at the origin of the project, a CTO, two developers and myself. The prototype is currently in development and testing phase. 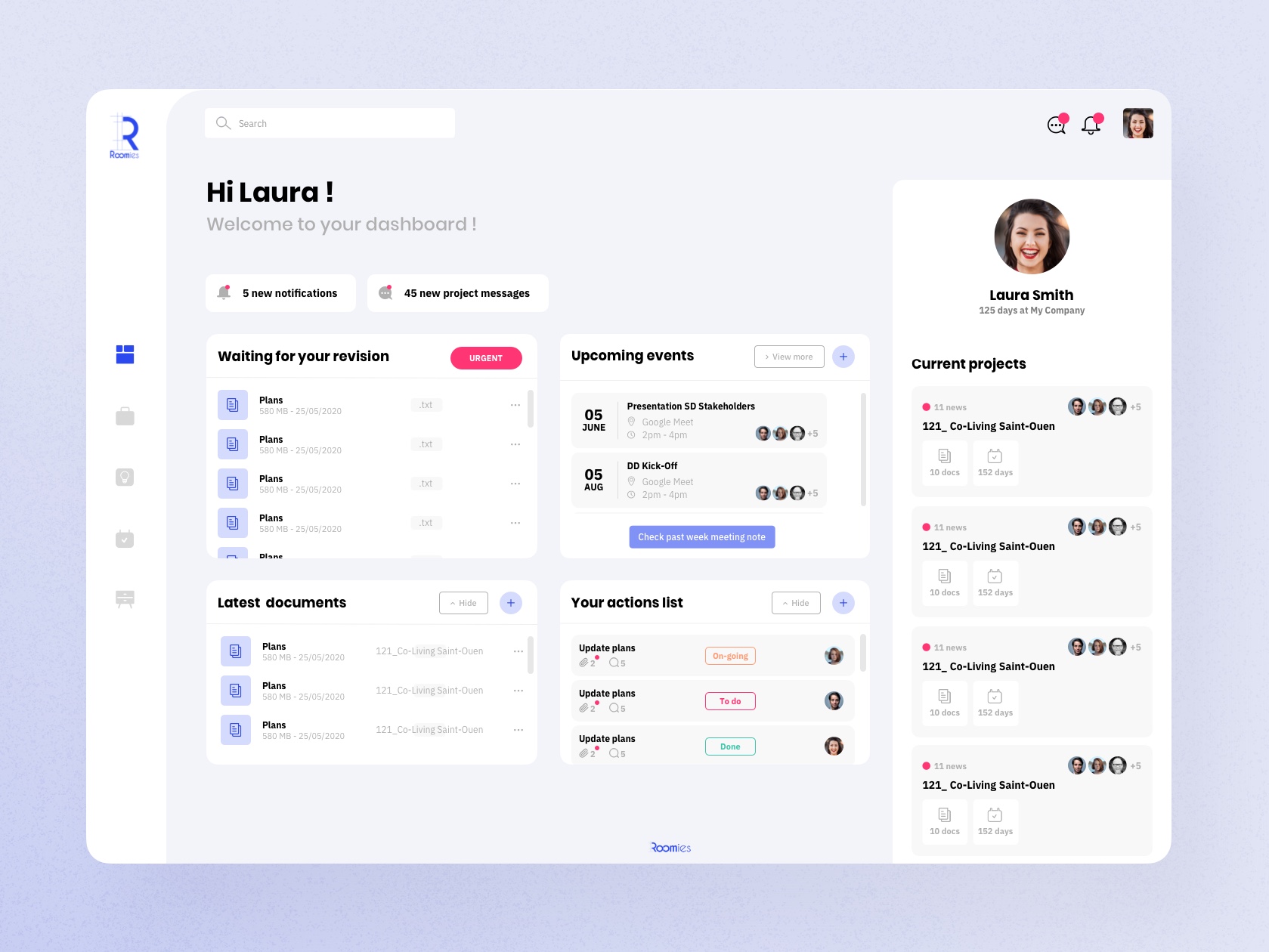 The main challenge of this project was to propose a functional and unique product for a public used to its own procedures. Roomies is intended to be a real work and collaboration tool which simplifies project management for architects as much as possible. The platform had to be tailored for both freelancers, teams and external contributors, involving the design of screens and specific paths for each participant. In order to guarantee a pertinent design, I discussed a lot with my client about the roles of each person and the particular habits of the users.

What does the target users dream of ?

The target users of Roomies usually work along with several tools - note taking apps, 3D modeling software, documents sharing platforms, project management tools etc. The multiplicity of tools they're using hence means a quite important amount of time wasted juggling between one software to another. Roomies is here to change that. By offering its users a complete tool for project and team management, note taking, document sharing and communication with the client, Roomies can be a real game changer. For the target users, this means both a saving of time as well as better relationship with clients, resulting in more qualitative and better conducted projects.

The making - in a nutshell

After a first research phase, I realized the enormity of the work that had to be done. Each user path was quite intricate and the quantity of functionalities to display made it even harder. Plus, the scope of the platform's features was not yet precisely defined. Nonetheless, I was able to divide the workload in several steps, in order to progress more efficiently and to quickly deliver screens and the global architecture of the platform to the developers. I had to adapt and rethink the user flow each time a feature was added or modified, which was quite challenging but very stimulating. Below is the sitemap and the user flow for a classic user. 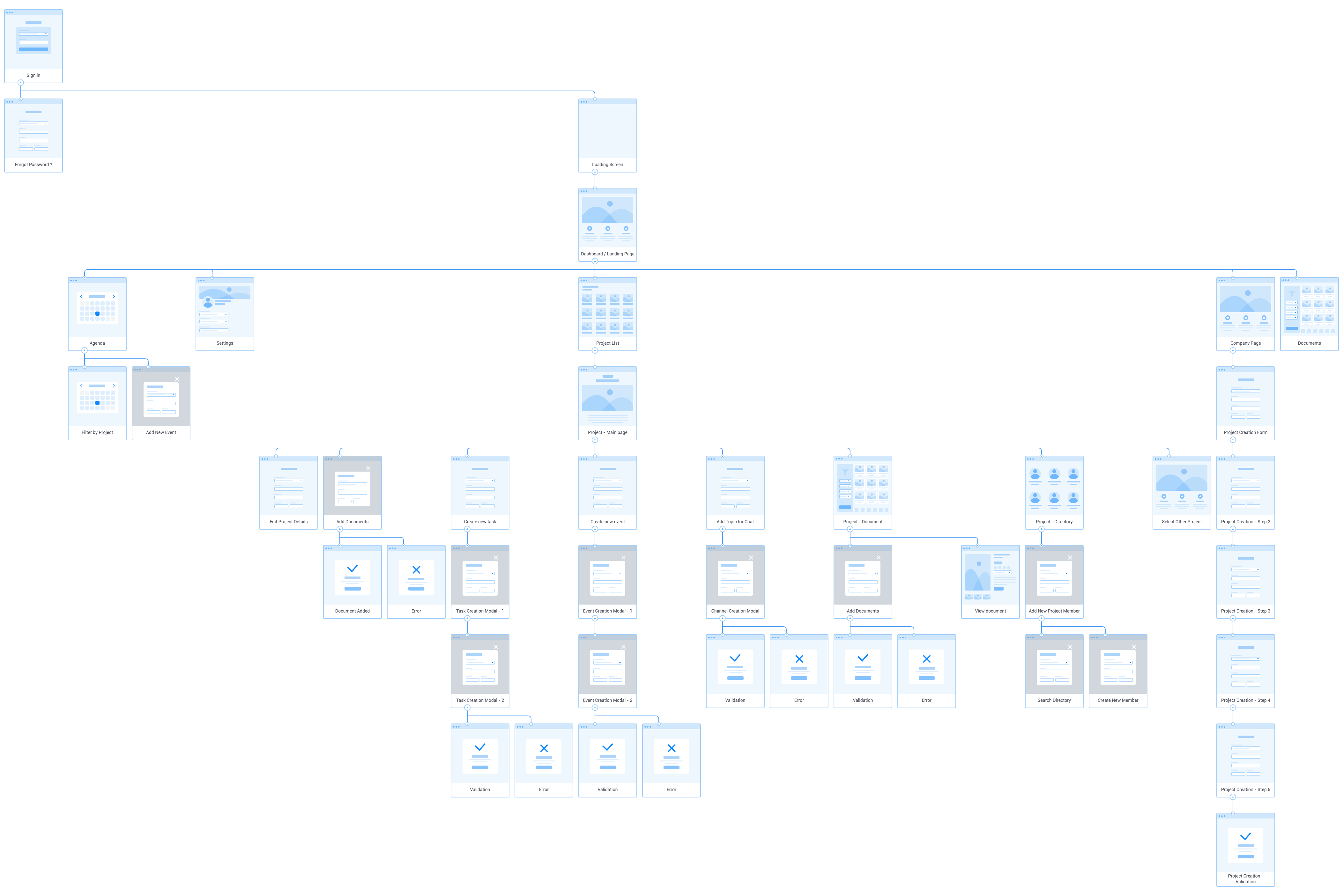 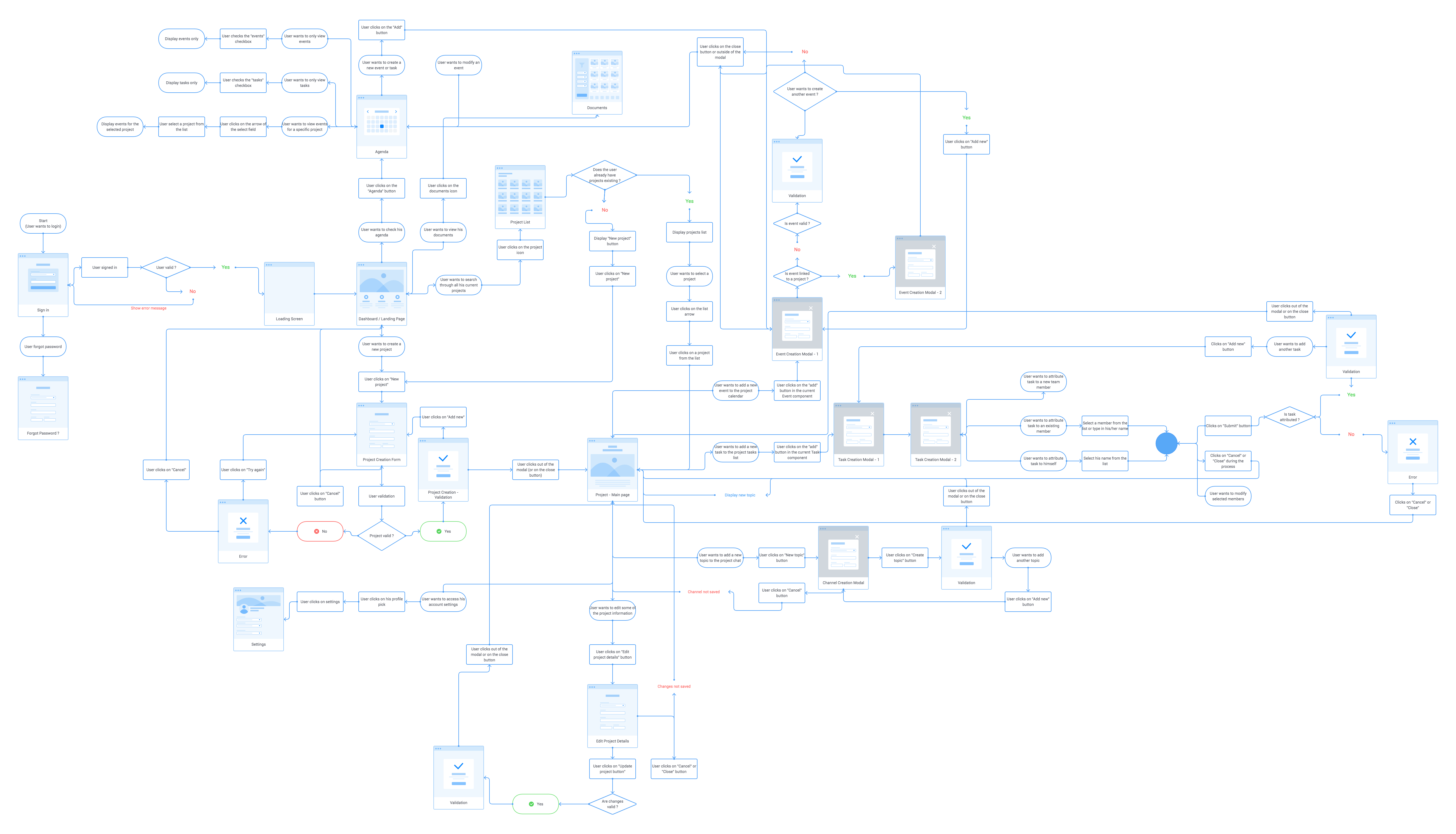 The traditional project management platforms and tools used by architects can be quite gloomy after some time of use. The goal was therefore to design warm and intuitive interfaces for the user thanks to a set of illustrations and the use of soft colors and rounded edges. Each interface was designed according to a components system in order to facilitate integration and usability. 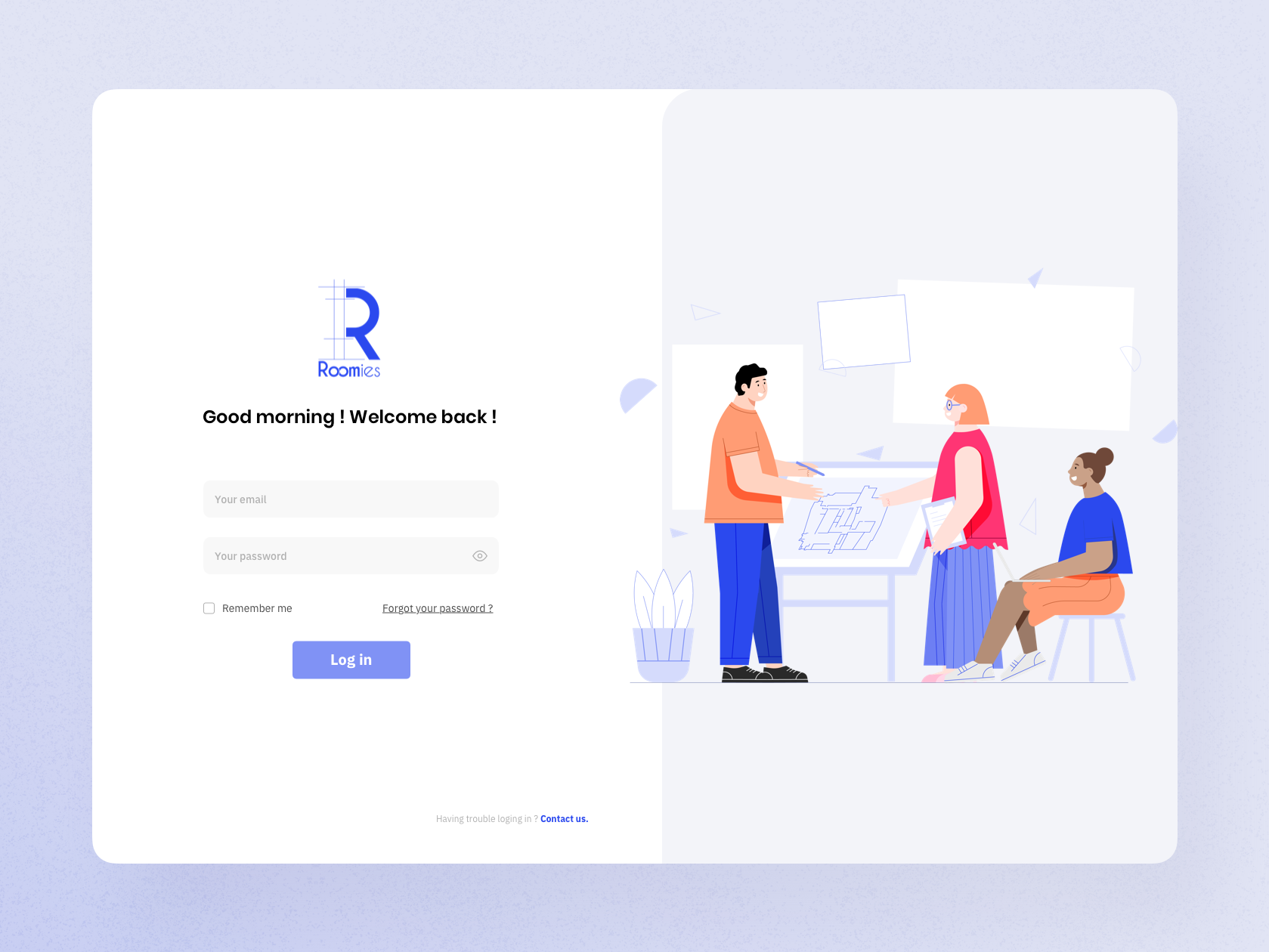 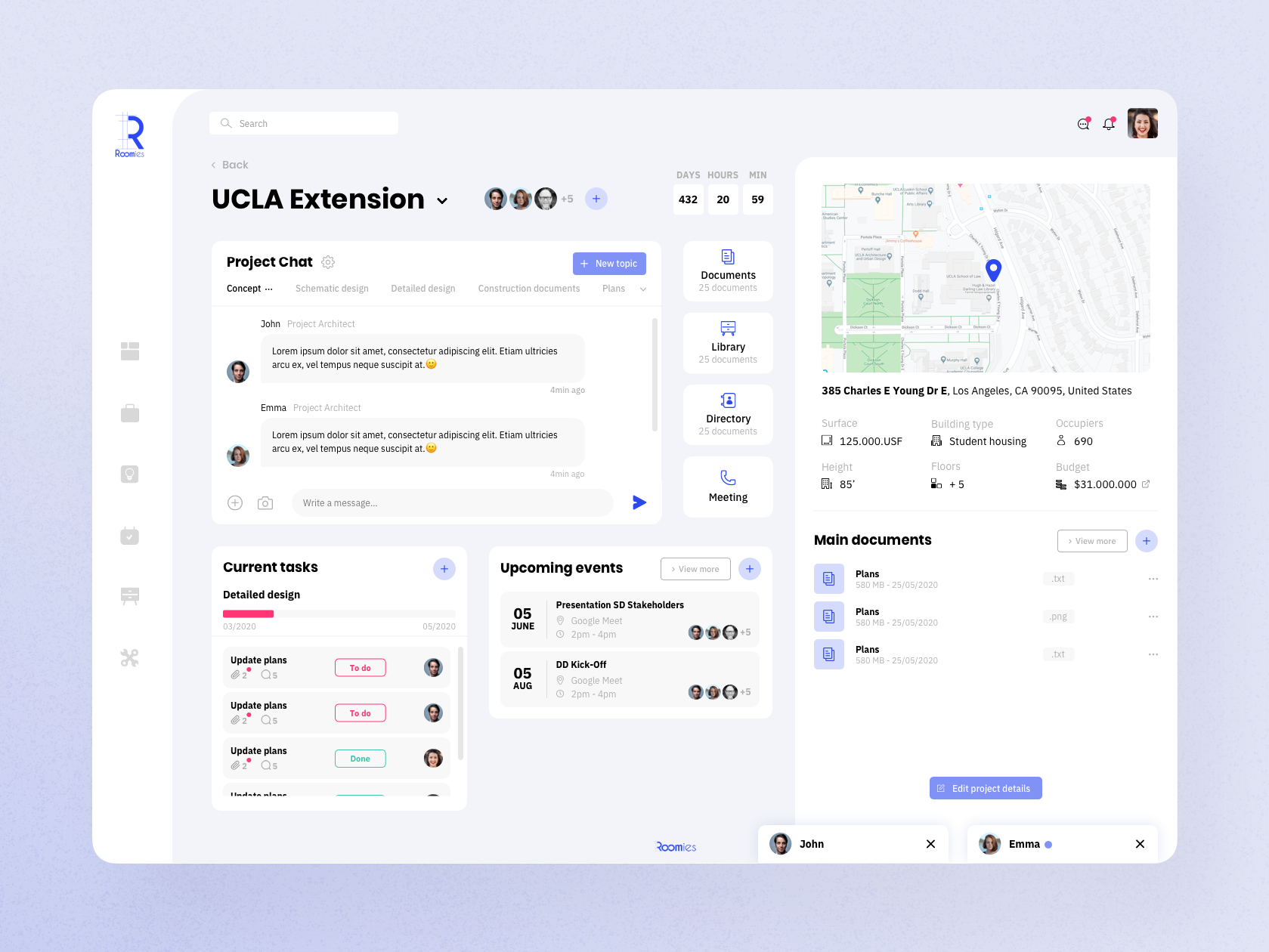 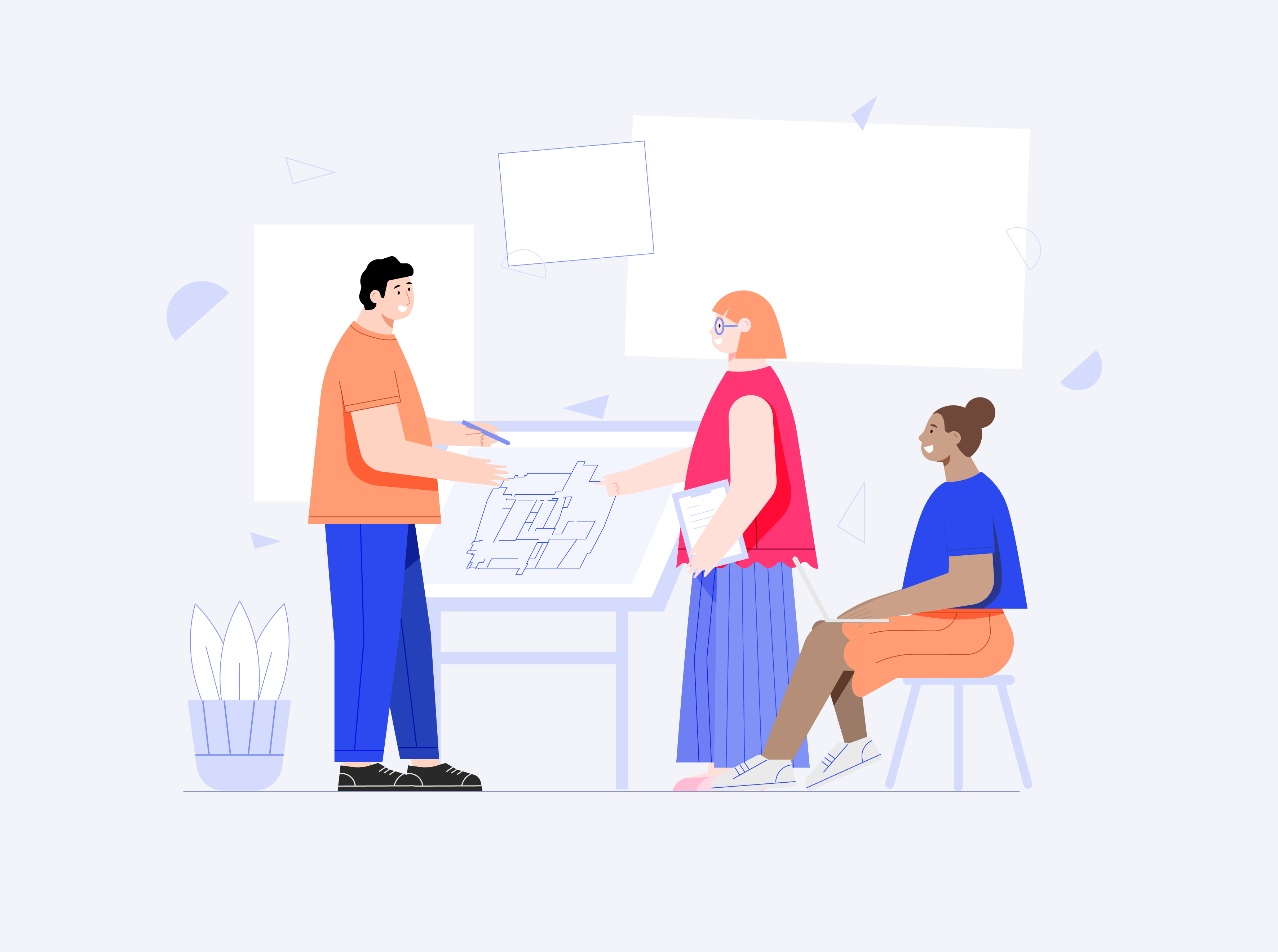